Reflections on the Parable of the Prodigal Son 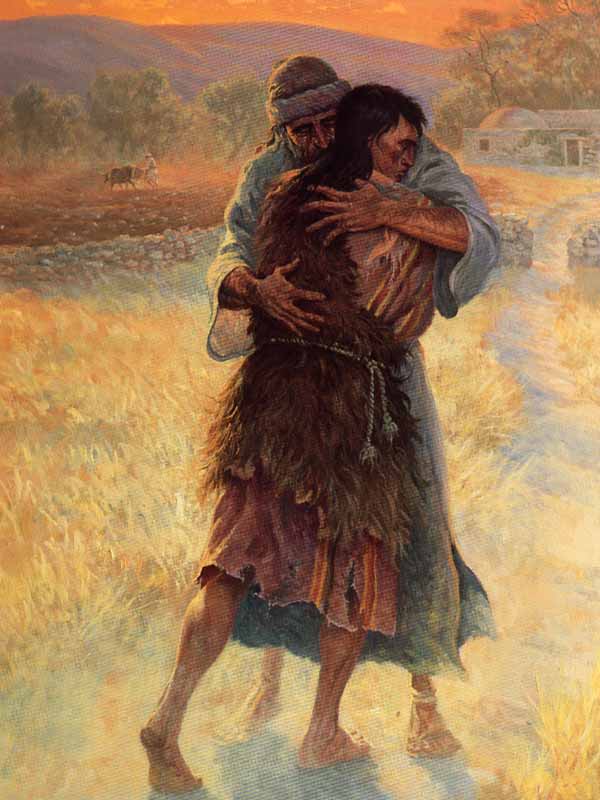 Is your life messed up? Do you feel abandoned, discouraged or in despair and wonder if there is a way out? You may find it hard to get on with life because of some mistakes that you made in the past and feel it is beyond rectification. However, the parable of the lost son offers us hope that nothing is really lost, that God can still redeem our past and give us a hope for the future.

Luke 15:1-32 speaks of the parables of a lost sheep, a lost coin and a prodigal son. These parables emphasise the significance and value that God places on every lost sinner. He and His angels rejoice over any one soul who repents. Some thoughts came to mind as I reflected on the parable of the prodigal son.

The father must have felt heartbroken and distraught when the younger son requested to obtain a share of his father’s inheritance. Typically, one’s inheritance will only be distributed to the children upon one’s demise. In this context, however, the request was made by the son while his father was still alive. The father neither reprimanded nor turned down his son for making such an absurd request, but instead, freely distributed the wealth between his two sons. The father had respected his younger son’s decision, and was willing to let go although he may have felt that his younger son was not ready to manage his inheritance.

The younger son wanted to exercise his right as a son to claim part of the inheritance so he could travel to a distant land and indulge in worldly pleasures. He no longer wanted to be subjected under his father’s authority. His conduct evidently shows disregard for his father’s feelings. He was unfilial and self-centred. He had made a choice without thoroughly considering the consequences of his action.

It may seem just and reasonable to the elder son to be angry over his father’s decision to host a celebrated feast for his younger brother. In his eyes, he proved to be a worthier son who demonstrated responsibility and obedience to his father by labouring hard. He was, however, blinded by his self-righteousness and rationalisation in believing that his deeds deserved greater recognition from his father. The root problem is that he saw himself as a servant or slave to his father (v 29) rather than a son who was working for the good pleasure of his father. He displayed a jealous, judgmental, unforgiving and uncompassionate spirit toward his younger brother.

There are two fundamental issues that emerge from the father-and-son relationship. Firstly, both sons have a wrong mentality. This is what I call the “what I can get out of this relationship” syndrome. This is evidenced through the younger son’s request – “Father, give me my share of the estate” (v 12). He felt that it was his right as a son to get what he deserved. Likewise, the elder son responded to his father, “Look! All these years I have been slaving for you and never disobeyed your orders. Yet you never gave me even a young goat so I could celebrate with my friends” (v 29).

What does this parable remind us of in regard to our relationship with our Heavenly Father? Do we make requests or demands of God which we think it is our right to receive?

Is our relationship with God established on the premise that “if God has blessed me more, then I will love him more” or “if I were to give God more, then he would bless me more”? Both premises are conditional in their expression to give with strings attached. Our relationship with God then becomes superficial and the motivation to give is thus based on how much I will reap from the return of God’s blessing. We invariably become more concerned with God’s gifts than him as the giver.

The danger is that we are deluded into thinking that our relationship with God is built on solid ground and when trials arise, the foundation of our faith in God is easily shaken and we fall, the reason being that we are so in tune to receiving God’s blessing than accepting sufferings as part of the process of God shaping our growth in life. While God desires to bless us, the posture of our hearts matters more to him than anything else.

Perhaps we do not possess material blessings that others have and this impairs our spirit of thanksgiving. It “blinds” our spiritual lens and prevents us from appreciating what God has already lavished upon us from the very beginning. “Yet you never gave me even a young goat…” (v 29) – implies that the elder son felt unappreciated for his contributions and that his father was being unfair to him.

Does God owe you a good life based on your good works? Does God have to accede to all your requests before He can truly demonstrate His love for you? Will He not provide you the necessities you require in life (Phil 4:19)? Having a heart of thanksgiving and contentment will help us better appreciate what God has already blessed us with. By viewing who God truly is through the right spiritual lens, it will deter us from harbouring bitterness toward God and having a distorted view of Him.

Secondly, we observe a contrasting mentality portrayed by the father. It is the “What I can give in this relationship” with his sons. This is evidenced through his willingness to readily divide his inheritance between his sons. He demonstrated his love by receiving his prodigal son, honouring him and hosting a feast. Even when the elder son got angry, his father reassured him that everything he has belongs to him - “you are always with me, and everything I have is yours.” (v 31). The father valued the relationship more than material gains.

Jesus has used this parable to help us understand the heart of the Father. Our heavenly Father has already given us the most precious gift, His one and only son, Jesus Christ, to redeem us from the slavery of sin (John 3:16).  Rom. 8:32 further states, “He who did not spare his own Son, but gave him up for us all – how will he not also, along with him, graciously give us all things?” God never ceases to give good gifts to His children (Matt. 7:11). One of these is the gift of free will. He would never impose His will on us but desires for us to obey Him out of love and devotion.

Such is the kind of love demonstrated by God our father. Despite our making unwise choices in life and at times turning our backs on Him, God continues to remain faithful, patiently waiting for our return (2 Pet. 3:9).

As parents, do we learn to trust God in dealing with our children?  After doing what we can to nurture, educate and counsel them, do we learn to let go and commit them into God’s hands? Letting go does not mean losing control of them, but rather, giving them space and trusting in God’s sovereignty to work out His good purpose in their lives.

The song, “浪子的心声” (“The Prodigal Son”), was written in my time alone with God at West Coast Park, along the seashore. Oftentimes, I can identify with the prodigal son who relentlessly attempted to escape from the presence of the father, disregarding His love for me. Yet He will always be there, patiently and lovingly awaiting my return with embracing arms.

Quietly listening to the sound of ocean waves

And the gentle rush of ocean waters

I am reminded of the heavenly Father’s love

The tenderness of His face

Deeply impressed on my mind

Whispering gently into my ears

In remembrance of Him

But my heart is no longer disoriented

Because You live in my life

And give me the will to live courageously

But my heart is no longer bewildered

Because You live in my life

Now I understand the true meaning of life

All scripture references from the NIV; emphases in verses from the author

Paul’s Letter to the Ephesians: An Overview
|  31 Jul
Revd Christopher Chan shares at the Sunday Service