Preaching Peace In A Year Of Hope

But now in Christ Jesus you who once were far off have been brought near by the blood of Christ. For he himself is our peace, who has made us both one and has broken down in his flesh the dividing wall of hostility … And he came and preached peace to you who were far off and peace to those who were near. … So then you are no longer strangers and aliens, but you are fellow citizens with the saints and members of the household of God… (excerpts from Ephesians 2:13-19)

Alienation is a popular word in our society today.

It describes a social condition where someone, for various reasons, feels cut off from the social unit which he or she is a part of. For example, some of our own citizens may feel alienated because of social inequality. Those who are older may also feel alienated because of the rapid changes in the way society communicates. They are being left out of WhatsApp, Telegram and other popular social media chat groups.

In recent history, it was Karl Marx who popularised this word. Every worker puts into his craftsmanship a part of himself. When his employer then sells his product, the worker is in part alienated from himself. This, according to Marx, was the basis of the class struggle. As we look back, we can see the huge impact which basic ideas like these can make.

But long before the word ‘alienation’ was used this way, the Bible has used it to describe man’s alienation from God, and man from his fellow man. St Paul described the spiritual condition of the Gentiles very vividly in Ephesians chapter two. He talked about this double-alienation, and how the solution to these dividing walls is the cross.

Firstly, Jesus has made possible our reconciliation with God. As a commentator summarised, the Gentiles were “Christless, stateless, friendless, hopeless and Godless.” But in Christ, we have been reconciled with God. We have found "peace with God."

And at the same time, He has created in Himself one new man instead of two. He did that by abolishing the requirements of the law. It used to be that one can only come near by embracing a certain race, culture, and language. Now, through Christ, anyone can come near.

Peace with God. Peace with men. In a nutshell, this is the message of the Gospel. 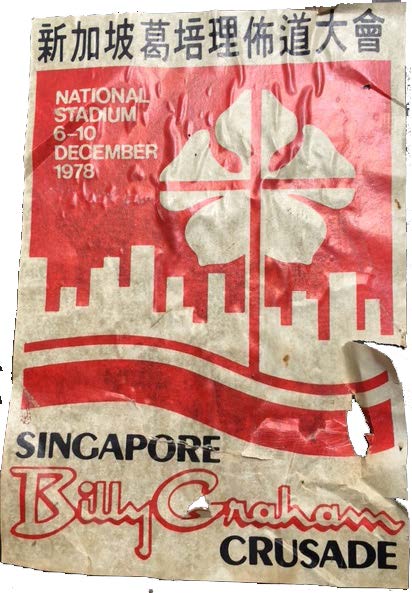 "Peace with God" was the title of the famous book which Billy Graham wrote. I remember reading it as a teenager. He must have based the title of his book on this passage. If you were amongst the thirty thousand and above who gathered at the Pray Singapore event at the Sports Hub in October this year, you would agree that the screening of the short clip of Billy Graham’s rally in 1978 was a notable moment. We were transfixed by his message. We were moved by how the crowds responded to the salvation altar call, while his signature hymn, Just As I Am, rang out.

I felt transported back in time as I reflected on how the Gospel was shared in those days. Sin has caused the divide between man and God. God so loved the world that He sent His only Son, Jesus Christ to die on the cross for our sins. He became our way or bridge back to God. To be a Christian, one only has to turn from his sins (repent) and “receive Christ.” One does that through praying the “sinner’s prayer.”

Undoubtedly, Billy Graham was one major reason why so many churches worked together and gathered at the National Stadium. Beyond the magnetic personality of this US evangelist, however, was our shared conviction in the Gospel’s message. Christians invited many friends because of this conviction.

I know of one lady who walked down the stadium steps. She was 35 years old then. She was baptised as an infant, but in her own words, was a “complete non-Christian” up till that point. She gave her life to Jesus. She moved on to become a very influential lay leader and prolific personal evangelist in one of our parishes. On that night, this lady also brought along her two daughters. The oldest daughter was 11 years old then, who also gave her life to Christ. This step changed and shaped the rest of her life. Her daughter became very active in her faith as a secondary student, junior college student and later in her student’s life at varsity. She became a general practitioner and active in witnessing to the Gospel. Eventually, she became married to a clergy. I know this for a fact because this clergy was me.

Those who were far off have been brought near by the blood of Christ.

Just as I am, without one plea, But that Thy blood was shed for me, And that Thou bid’st me come to Thee, O Lamb of God, I come! I come!

We may not be singing this hymn in next year’s Celebration of Hope (COH) rallies. But the Gospel truth is the same. We may have many reasons to participate in COH. But this conviction needs to be at the heart of it all.

PEACE WITH MAN
This may be lost to us today but the idea that a Jew and Gentile can be the same was unthinkable to a traditional Jew, no less to St Paul himself. That the cross can make us One Man has always been one of the glorious messages and impacts of the Gospel.

One of the greatest phenomena of our time is the presence of foreign workers. More people than ever, it seems, are displaced from their own homes and families in search of a better life.

What foreigners want above all is to be accepted. Some bring their families along and stay more permanently. The ultimate sign of that acceptance is to receive citizenship in the country they have adopted as their own. Their new passport is often their proudest possession. At last, they can hold their heads up and build a new sense of identity. Now they can say the pledge, proudly with their hand to their chest. They have arrived. They belong. That was my experience 10 years ago.

But long before I received my pink ID card, it was the church which was home and family to me. For resident foreigners in Singapore today - whether they are temporary residents, permanent residents or new citizens - the church can offer this “One Man” experience. To be loved and accepted as a fellow human being. Even if some legal rights are different, we can share similar spiritual, social and moral rights.

There are hundreds of foreigners, mostly Myanmar workers, who gather on Cathedral grounds every Sunday. I can recall my first few weeks here as the new Vicar. I went to the Franciscan Center to make a new cassock for myself. When Sister Theresa found out that I was the new Vicar of the Cathedral, she sat me down. She wanted to tell me something which was very important. “Vicar, it is about the hundreds of foreigners on your ground.” And she proceeded to tell me what some churches are doing for foreign workers every Sunday: language classes, sewing classes, cooking classes, concerts and so on. I must admit that I felt my blood pressure rising. How will we find the energy to do all these in the Cathedral? 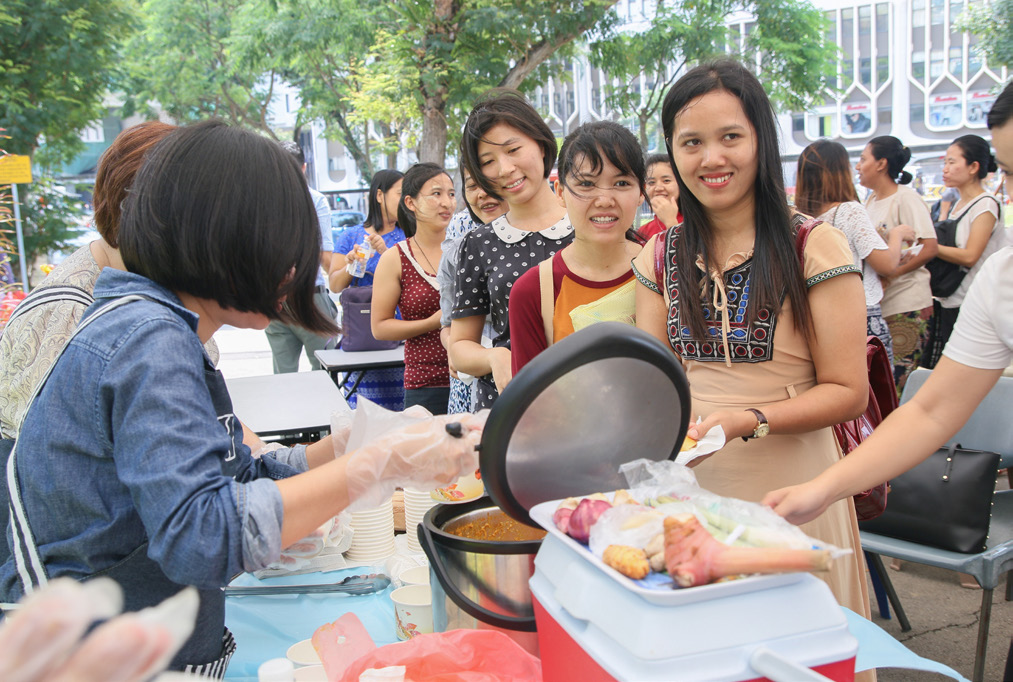 I can testify, that today, three years later, some of these are happening now on a regular basis on our grounds. We are thankful to the dedicated staff and member volunteers in our Befriending Myanmar Workers (BMW) ministry - from the English and Mandarin congregation and our brothers and sisters from the Myanmar Worship Service (MWS). We have moved from seeing them as a problem to manage to people whom we can minister to. When the opportunity arises, the Gospel will be shared. Some have started to attend the MWS.

2019 is very different from 1978 in this aspect as the variety and number of foreigners have increased manifold. There will be rallies for the Chinese speaking as one obvious group to be reached will be those from mainland China. There will also be one in the Indian languages and one for the Filipinos. Many of the other foreigners will understand some basic English and with some help with translation, can be invited to the stadium. As they come here to find a better life, may they be given the opportunity to hear the Gospel.

As our nation celebrates her 200th year of existence as a modern nation, we are reminded that Singapore is unique amongst the major cities in Asia. Beijing, Calcutta, and Tokyo have centuries of civilisations behind them. When you visit these cities, you experience a city culture deeply rooted in her civilisation and racial identity.

Singapore is a nation made up largely of foreigners without a single discernible racial or local culture which could claim affinity to the land. Many peoples and cultures have cobbled together to create a new city. In such a context, the two-fold Gospel message of reconciliation has an even more meaningful relevance.

In a Year of Hope, let us be a loving witness of this Gospel message.

Ready for War: The Armour of God
|  13 Nov
Revd Christopher Chan shares at the Sunday Service