My God is Real and He Cares for Us 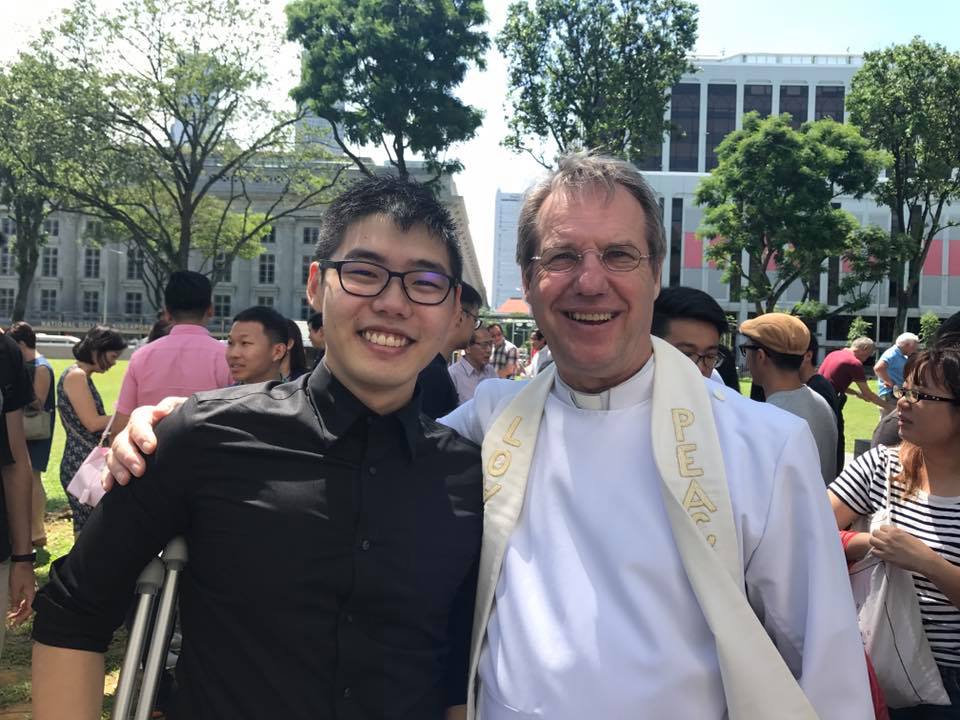 I was fortunate to have had a fairly peaceful childhood and youth. I was part of a family that while not very affluent, also did not suffer from much want.  Though my family had to be thrifty, we were able to provide for ourselves sufficiently each month without too much distress. My academics were not stellar but objectively fairly good. All in all, I led a comfortable life.

Up to the point that I knew Christ, I had what one would call a modernist view of life. I was very scientifically inclined, of a staunchly pragmatic sort, fairly anti-religion and critical of Christianity in particular. My very prideful impression then was that believers were of a weak-willed sort, deluded, or under mass suggestion for trying to pray for salvation as opposed to working towards it through one’s own actions. My fiancée was (and is still) a very devout Christian, and while she would be kind, supportive and non-intrusive to my beliefs then, spent no small effort nudging me closer towards Christianity and the Word of God; to which I would rebut, debating with her, which strained her abundant patience. Up until then, I had always lived by attempting to solve my problems on my own.

That being said, I had also faced struggles that I could not resolve on my own. I found myself feeling quite void, alone, subtly miserable and also getting angry and bitter at my loved ones, friends and the world in general. My worldview was also one that was very bleak, where I had subscribed to the modernist viewpoint of life, in that we are born, grow old and then die; and that the reason for our lives was what we simply made of it and nothing more. At the point of death, we also simply cease to exist.

If I would describe my journey with God, I would say that I was quite the prodigal son. I came from an education background where I studied in a Catholic school for most of my schooling years save during junior college. For a time in my childhood, I had also asked my aunt if I could join her for service at her Methodist church, enrolling into their Sunday School for a few months. So while I was not intimate with the theology and the religion, I was familiar with the general concepts behind the Gospel and Christianity. Even so, in my pride I had denied God and Christianity for most of my early years.

The turning point came during a time in my life when no amount of my own effort could save myself from my situation. Up until this point, my own efforts could alleviate some of the worst of my problems in any given situation, albeit sometimes not well and imperfectly.

This point, clichéd as it was, was during NS. While in OCS, I felt alone in the platoon due to my own personal flaws and had no one to turn to except myself. My pride and ego was at a low. The breaking point was during the actual Jungle Confidence Course overseas. My small cell found ourselves exhausted, low on water, in a large gulley surrounded by hills on all sides, with a rapidly setting sun and very lost. We were well and truly ready to give up, and were considering very seriously to tear open the satellite phone to call for legitimate help; but doing so would mean we fail this course. At this point my heart was fully laid bare, with my pride and cynicism stripped. I remember sitting down, looking up at the sun just barely visible through the canopy, and I said, “Ok God, if you’re real, get me out of this. If you do, I’ll admit you’re real.” We sat around for quite some time, but got up again and tried one last time. We mustered whatever strength we had left and headed off in a random direction. Sometime after, climbing a steep hill, we found ourselves on a prominent ridge, which allowed us to get our bearings, just before the sun set and the surroundings got pitch dark.

Of course, my prideful nature did not just go away instantaneously. After that, I started to question bit by bit, and it took me many years before I was open enough to be agreeable to go to church with my fiancée. While attending my first service at SAC, I felt a strong compulsion to attend Alpha and see what there was to say. One thing led to the next and here I am.

My salvation day was quite subdued in comparison. I attended service as usual and sat with my YA (Young Adult) ministry brothers along with PG (Pastor Geraldine). After the service, I was asked why I knew the songs so I recounted my experiences. After which, I was prayed for by PG and my brothers and made a prayer of repentance and reconciliation myself.

At the time, I was quite fearful of returning as I was concerned with not being “good enough” and hesitant to change in general. However, from my experiences I knew that the Lord is real, is sovereign and is my savior. So for me, all I did was open myself to the Lord and accept Christ.

The Lord’s works have continued to be evident in my life ever since I accepted Him. Entrusting my worries about my career and relationships to the Lord has only strengthened my faith in Him.

Firstly, being able to attend this baptism course at all. The nature of my work meant that I rarely have time to myself; in fact, the reason I had postponed my baptism previously was precisely because of my duties. If I were to be perfectly frank, at the rate and pace my work was going, there would have been no way for me to have attended any baptism classes till the next year or possibly beyond. It would have affected many other matters in my life, such as my personal time for prayers and conversations with God; and also the wedding with my fiancée.

It was at that point that I sustained my current injury. Curiously, it was exactly before I was to undergo a crucial course that would have started off my “busy period” for the next year. I am convinced that I was injured when I was because the Lord had to stop me knowing perfectly well that I was not going to do so myself. I was concerned at the start but I kept my faith knowing that the Lord has a plan for me. Sure enough, the pieces fell into place perfectly. Though the “smoothness” of my career took a hit, now I had all the time I wanted to devote myself to Christ, understanding His word in greater detail, having more time to develop myself spiritually while also having ample time to settle wedding matters. The timing was truly miraculous.

Secondly, in recent weeks, things in my family have echoed what the Holy Spirit revealed through visiting reverend, Revd Samuel Kunjumone when he prayed for me. He had mentioned that the Lord would come into my house and my family and bring deliverance. Sure enough, my mother has started to come to Christ as well, beginning to attend church with my aunt, and read the Word of God.

It is for these things that I am excited, for I know that my God is real and that He cares for us and loves us as our Father. I am by no means a perfect Christian, but have resolved to continue to walk on and grow in my relationship with God.