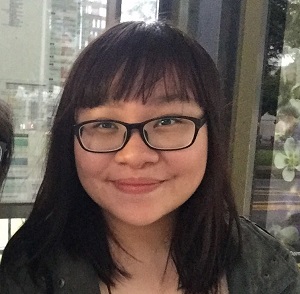 How God in His Grace Chose to Heal Me

I was brought up in a family of another religion and there was always a lot of fighting going on in my household since I was 12 years old. Being the eldest child and the only one who could understand amongst my younger sisters, I had to bear the brunt of my parents' anger. I would like to believe that they do love me but sometimes it was just emotionally abusive, they would make me feel guilty for talking to another family member that they were fighting with or purposefully tell me distressing things that would leave me feeling stressed out and panicked. Due to this childhood trauma, I suffered from a lot of mental illnesses growing up, and from ages 13 to 17 it got worse; borderline personality disorder which was initially misdiagnosed as depression would cause me to push people away despite my deep seated fear of abandonment.

Experiencing constant anxiety attacks where there would be heart palpitations and cold sweat, I was crippled with fear but I would not know what I was afraid of. I suffered from anorexia and I would go for a long time without eating or drinking, and if I ate, I would puke it out. I lost 20 kg in two months, my hair was falling, I was constantly tired and irritated and I thought I looked good because I was skinny but I felt terrible inside. It was a whole long list of things that just kept adding to itself and I engaged in self-mutilation because that was the only way I could feel like I was in control, I also had suicidal tendencies and I acted on some of them – fortunately, all unsuccessful. I took medication for all of this but it was like putting a lid on a boiling pot of water that was going to overflow at any time.

I was first invited to church when I was 14, by a close secondary school friend who grew up in church and knew what I was going through, but I rejected her a lot of times before I eventually relented because she was so persistent. But the "god" that I knew at that time was a "god" who was angry and unforgiving, would condemn me for sinning and would turn me away because I was so disgusting/ugly spiritually and physically. I didn't and couldn't understand the REAL God who was compassionate, slow to anger, gracious and abounding in love (Psalm 103:8). Together with this mistaken image of God in my mind and the pressure from my unbelieving parents to leave the church, I left when I was 15.

And I lost all connection to God, I continually lived in my anger and sadness. My friend constantly invited me back after that but I always rejected her. For a long time, having lived in this sadness and anger, as a young girl, I sought to look for my identity in my illness, it felt like it had become a part of me and I didn't want to go back to church because I didn't want this illness to go away, as silly as it sounds, because I felt like it was my identity.

Then in April 2016, three years after I left church, when I was 18 years old, there was a youth conference. A that, that same friend really wanted me to go to. It was really a work of God because firstly, this friend and I reconnected after our secondary school graduation and as I said before, I really did not want to go back to church, but for some reason that day, I said okay. I didn't know that God was about to change my whole life.

The youth conference (Explicit Youth Conference 27-28 May 2016) was amazing. The main message that they preached was the one thing I needed to hear the most: forgiveness and healing. After that youth conference, I decided to make a commitment to God and change my life because I did not want to live like that anymore. It was not pleasing to God and it was not good for me either. I still continued to take medication and see the psychiatrist, and despite maturing in my walk, I still did not know how to fully surrender and give it all to God. If I could, I would have plucked it out of my body and physically given it to Him.

Then one day in June, this same friend invited me for a sleepover at her house because her parents were overseas and when I packed and was halfway there, I forgot to take my medication with me, and I freaked out because I knew that without my medication, I would have frequent panic attacks with heart palpitations and then that would cause me to self-mutilate and cause a whole downward spiral. So I prayed and said "God, if You're there and You're really listening to me all the time, and somehow this is Your way of making me give it all to You, I will rely on Your strength so will You please deliver me from whatever I'm facing", and then from then on, I have never needed my medication.

Through the months from June to August, I could not find the time to go back to see my psychiatrist because of school but eventually in early September, I did and he said that I was exceptionally happier and that in six months’ time, I should come back to see him and if all is well, he will discharge me.

My words will never be able to express the gratitude that I have for God who delivered me from my illnesses, put people in my life strategically and ultimately, for the chance to have a relationship with Him. My original plan when I was 14, was to never live beyond the age of 17 and I have done absolutely nothing to deserve any of this healing but because He is so gracious, forgiving, and loving, I am able to deliver this testimony. I always thought that with the mental illnesses, God had made a mistake and I was the mistake, but I have learnt that I do not serve a God who makes mistakes, and my condition was not a mistake, just a way that God had chosen to do His will in my life. And that my identity was never in my illness, it was in Christ all along and I was searching for it in all the wrong places.