Trusting the Lord takes on a whole new dimension of meaning in the mission field, far from family and friends, voluntarily deprived of material comforts and modern healthcare, and the blessings
that the fellowship of the body of Christ in one’s own church brings, not to mention the vital need to adapt to another culture and understand it.

To deal with those and other challenges, Lawrence and Lyn Wee found themselves having to turn to the source of all comfort and hope.

“There is only one way for me to overcome challenges and difficulties – trusting the LORD – fully. Period,” says Lawrence, citing scriptures from Proverbs 3, Philippians 4, and Romans 12 and the truth about God to which they attest as a means to overcome the host of difficulties he faced while on the mission field, “scriptures,” he adds, “which I hold on to day by day, even to this day.”

Lyn, Lawrence’s wife, shares her own experience of depending on God for spiritual sustenance and support during the couple’s missionary days, which began in 2002: “You have no one to trust but the Lord. There were many times we were thrown into the unknown or the deep end and you just had to rely fully on Him. It’s like sweet victory in the wilderness.” 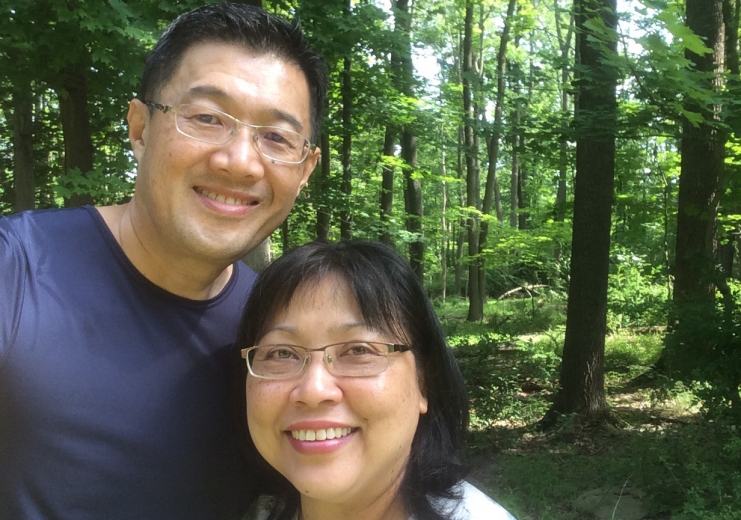 Lawrence and Lyn’s call to take the leap of faith to plunge into a missionary lifestyle started, for Lawrence, since his youth ministry days, right after he committed his life to become a Christian. Even as a new believer, he had asked God how he could serve Him and where to begin. And God was faithful to answer his heartfelt prayer, leading and guiding him through almost three decades of
training working in the local church. Lyn, too, says she was keen on personal involvement in missions from the very beginning of her walk with God. Like her husband, she had also heard from God about becoming a missionary, receiving a vision concerning missions. She also attributes her desire to surrender her life to be physically and directly on the mission field to a spiritual mentor who was active in short-time missions.

Headhunted to continue the missions work in SAC after having served on staff with the Project Khmer HOPE (PKH) ministry, the couple serve together in the Cathedral in the areas of a Befriending Migrant Workers ministry with Lawrence filling the role of staff representative for the ministry and Lyn assisting with the coordination of outreach through the English and Mandarin language classes offered by the ministry. Both also serve on the staff team of the Sunday 9am service, where Lawrence serves as the staff representative for the ushering ministry and in security, and Lyn in the congregation’s welcome team. Lawrence also plays the role of cluster leader for a number of connect groups, while Lyn prepares the visual slides for the service.

Apart from the service, Lawrence serves in the 289 Fellowship of the Manger ministry and Lyn in the Cathedral’s new ministry to the homeless and as a coordinator for missions work at Cornerstone in Lat Krabang in Thailand.

The couple agree that their current job scopes are in line with their previous missionary work. In taking up their respective roles, Lawrence and Lyn bade farewell to people in their previous church, another Anglican parish, and became members of the Cathedral. Adjusting to the new church family has not presented much of a challenge to both. “Attending the 9am service camp certainly helped us get to know members prior to becoming members of SAC,” they note.

Asked to enumerate the benefits and constraints are of working together as a couple team as part of the Cathedral staff, Lawrence highlights the blessing of being able to see his spouse even when he is at work, and Lyn said it was nice that she could conveniently eat with her husband during the lunch hour. The fact that Lawrence and Lyn are married enables them to more effectively counsel young couples. “We have our strengths and weaknesses, and most of the time, they work to complement what we do,” observes Lyn.

Lawrence enjoys creating art and teaching English as a tool to help his students both develop their linguistic proficiency as well as grow spiritually in the Lord. Lyn is excited about all the opportunities that the Lord might send her way. “Whatever tasks the Lord gives me, I see them as opportunities to learn and grow. The whole ministry is an adventure. There is always something new to experience and discover, both in the work and in the people that you are involved with,” she says.

Like her husband, Lyn has drawn spiritual strength from Proverbs 3, particularly when she became a follower of Christ in relatively dramatic circumstances. She shares her story of coming to faith: “I was one who was very much against Christianity. One of the things that I struggled with was nightmares. I used to get very bad ones, and had to deal with frightening, sleepless nights. One night, on the eve of Easter Sunday, it was so bad that I felt so messed up inside, so I prayed: ‘God, if you are real, help me to understand what is happening.’ A voice spoke and said, ‘Read the Bible.’ I told Him that I didn’t have one, so he showed me, in a vision, to find one in a drawer in my brother’s room.

“True enough, I found it where He said it would be. He led me to read Proverbs 3 and answered my prayer, to trust Him and not to lean on my own understanding (vv. 5-6), and gave the promise of sweet sleep (v. 24). I gave my life to Jesus right there.”