Able, Available and Advancing in Age

Through the decades, many volunteers have found their valued role in the life and fabric of the Cathedral.

Caring and sharing groups visit the sick and the homebound, imparting God’s word, giving encouragement and administering home communion. Flower teams are on roster to prepare arrangements weekly, and on special occasions. Sewing teams are on the look-out for repair work and new items needing to be made. Volunteers wash church linen used in the various services. Behind the scenes, tasks such as counting money, folding bulletins, preparing breakfast, manning the info counter, handling audio-visual systems and ushering all require manpower. Special events like Ordination and Baptism services are opportunities for members from different services to work together as a team.

For decades, the Cathedral Women’s Fellowship was a stalwart in the life of the church. Different committees were active. Business meetings update each member on works completed and projects in the pipeline. In the late 80’s, SAC began to have Tuesday Lunch dates. These were meant to draw office workers in the vicinity to listen to an invited speaker while enjoying a meal. I volunteered as a cook once a month. The simple menu comprised meat and vegetable dishes for about 30 persons. I cooked early enough to be able to drive my son to afternoon school and deliver the pots to SAC by noon. The other members (mostly from CWF) of the team cooked rice, made sandwiches and served drinks.

Many were asked, invited, challenged and trained to give of their time, energy and resources to do the works of God. Natural abilities were enhanced by the equipping God gives through preparation, training and practice. Volunteerism has been a lifestyle for a good number of church members. 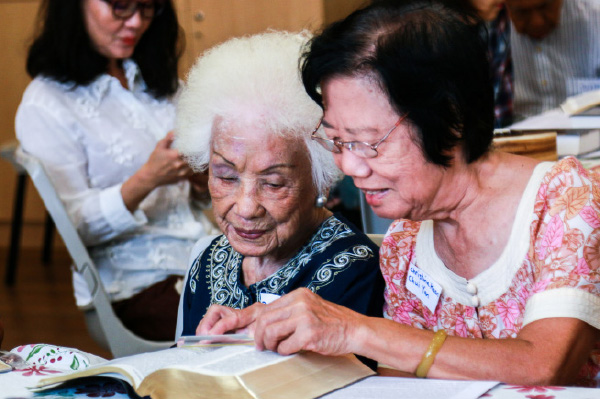 They are able, available, and through the decades, are advancing in age.

In 2006, the then Vicar of SAC, Canon Kuan Kim Seng mooted an idea to have a ministry among the elderly. Letticia Chan roped in a group to form a pro tem committee and the Senior Members Fellowship (SMF) started. This was meant to provide an avenue for Christ-centred Christian fellowship for the senior members from the different congregations of the Cathedral. A wide range of programmes was organised, touching on aspects ranging from the spiritual to the cultural, the social and the recreational. Members were drawn together through spiritual bonding and networking. The bi-monthly meetings became an avenue for old friends from different congregations to meet, encourage one another and cultivate Christian growth. Visitors (and non-seniors) have been drawn to the well-thought-up programme.

SMF planned talks that were of general interest to members, regarding spiritual, medical, legal, financial and health care. Simple physical exercises were often included under the guidance of Major Ong, a firm believer of active ageing. He strongly believed that good physical health enabled people to enjoy God’s blessings to the fullest, which called for self-discipline and exercise. Visits and excursions to sister churches within and beyond our Diocese were organised. Social and recreational gatherings (and shopping!) were held, coinciding with important events. For the musically inclined, Golden Voices and Silver Strings (a ukulele group) meet regularly for practice and ministry (including outside the Cathedral grounds). The Golden Boots (Line Dancers) was an avenue to keep fit, have fun and entertain others.

Spiritual gifts are given to everyone in the body of Christ. Different kinds of abilities are bestowed by the same Spirit. The expression of these aptitudes may be varied, but all are to be used for the glory of the same Lord.

The following are senior members of SAC who have been involved in their own special way. in the life of the church: 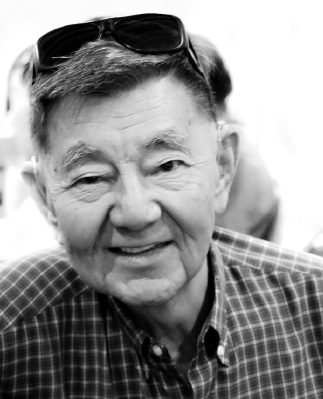 Major Ong Chew Liang (pictured on the left) has been attending SAC since he got married in 1964. An octogenarian, his knowledge of the history of Singapore and SAC was useful when he was a Volunteer Tour Guide (VTG) of the church.

His command of the Japanese language was a treat for the tourists who heard a commentary of the place in their own language! He assumed a leadership role of the SMF as he understands what old people feel. His desire is to provide fellowship for members, especially the men folk. He saw the need for “retirees” to keep active, make friends and get involved in activities which stimulate the body, mind and spirit. He still does a simple exercise regimen and keeps up his knowledge of Japanese.

At seven years old, Nancy Kwok (pictured on the right) heard John Sung preach: “We must do work for the Lord. He gave us salvation for free!” This challenge made her desire to serve in whatever way she can. In 1974, Nancy’s aunt asked her to assist in her stall in a fundraising event. She met Grace Tong who invited her to attend CWF. This was the beginning of her years of service through the CWF. She acknowledged that her involvement was possible as she only had one son and the family had a maid and a driver to help run the household. She loved plants and had a passion to make nice things. She recalled being trained by a registered florist, Mr Eric Taylor. Aside from doing flower arrangements, Nancy became a Sunday school teacher, CWF treasurer and led the visitation team. She claimed that in her years of service, she received mostly joy. Advancing in age, she hopes that “new blood” will continue serving God and his people.

Lee Sooh Lan (pictured on the left) was on staff at SAC in 1960 and was active in the choir. When she retired 15 years ago, Letticia Chan asked her to assist Nancy Kwok in the visitation team. She found it meaningful to visit people in hospital and call on the home bound. She makes special preparations to celebrate the birthdays of members who are unable to go to church. She also prepares Christmas and Chinese New Year gifts to be given to incapacitated church members.  “It is heart-rending to see people getting sick and dying. Fellowshipping with members with mobility issues is rewarding.”

She also availed herself to run the Thursday Coffee Corner at the North Transept of SAC. Sooh Lan considers it joy to serve and meet people, feed the hungry, be a friend and be an answer to a need. “It was a ministry, not a business.”

Carol Lau (pictured above)'s mum Marjorie had a passion and gift in flower arrangement. This flair was enhanced by her attending a class under Mr Eric Taylor. She managed to train others in the flower team at SAC. She also helped in the embroidery team. Initially, Carol was kept busy with work and choir rehearsals both at SAC and other choral groups like the SSO. When she waited for her mother doing flowers or embroidery, she would help out. Carol learned embroidery in school and joined the embroidery team of CWF. When she retired, she managed to help out but ferrying her mother brought time constraints. When Golden Voices was formed, afternoon rehearsals suited her timetable. Lately, she also became the group conductor. She continues to mentor both the floral and embroidery teams.

Ho Lay Hong (also pictured above) retired 20 years ago. A friend from YWCA who was helping at the Cathedral Book Corner invited her to join. Doing handicraft is a natural gift for her. With Marjorie Lau’s guidance, she worked on the kneelers. She served in the CWF for many years as a treasurer. With a keen eye for beauty, she has done a lot of handicraft to raise funds for mission projects. Together with Ling Pek Ling, a younger CWF arts and crafts enthusiast, Lay Hong travelled to Batam to train the ladies at a house of refuge in making saleable handicrafts.  To help support the home, Lay Hong and Pek Ling brought back pre-ordered finished products purchased to give as Mother’s Day gifts. She is most willing to train others to make beautiful and useful crafts, to be an answer to a need.