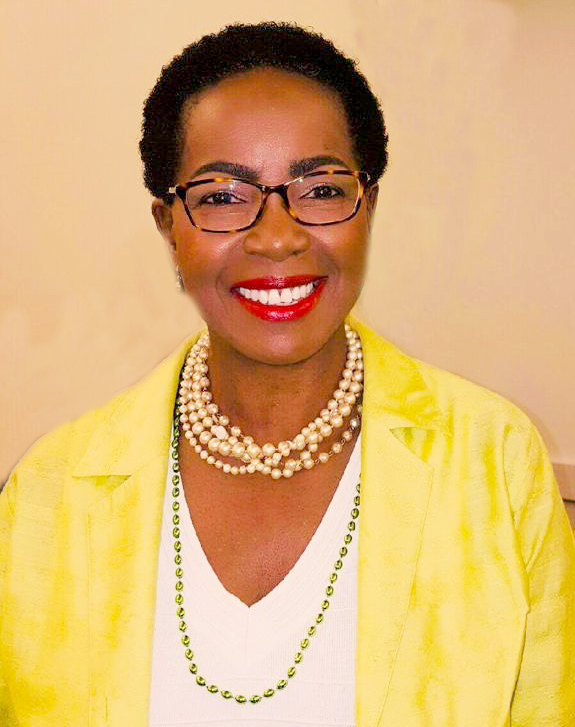 Judith Dawn Francis-Wertenbroch, is a survivor of the tragedy at the World Trade Center Building in New York on 11th September 2001. She is married to Klaus. They worship regularly at the 11.15 am Service at the Cathedral.

On the morning of Tuesday, September 11, 2001, I was dressed as usual, except that I decided to wear a pair of grey, orange and white sneakers I had bought only two days before. I thought, “What if I wore these to work? Would anyone really take offence to me wearing these sneakers to the office?”

On my way to the bus stop I kept remarking how exceedingly beautiful it was outside. I arrived at the World Trade Centre around 8:30am, and took the elevators up to my office.

As I walked in on the 102nd floor, I saw something headed towards my building but I couldn’t see it properly so I disregarded it. I went to my boss’ office next door and tried to look out of his blinds, but they were closed. After a few minutes of small talk, I went back to my office which had a view of Tower 1 and upper Manhattan. I was looking uptown with a smile in my heart for it was an exquisitely beautiful day.

While opening my desk drawer to take out my work shoes, Tower 1 exploded right before my eyes. I panicked and shouted, “Oh my God, oh my God, what are we going to do?,” while looking down at the fireball that was forming in front of me. I continued in shock.

In that moment my mom’s question, of just two weekends prior, resounded in my mind. We were sitting at the fountain of the World Trade Center plaza. She began looking up at the towers and asked, “Judi, what would you do if something happened up there?” I told her, “I’d cross that bridge when I got there.” My mom’s question was just one of the things that prompted me to run that morning.

I ran to my boss’ office, grabbed his arm and asked, “Did you see what just happened?” He stood there in a trancelike state. I asked again, “Gary, did you see what just happened? We have to get out of here.”
I left him standing there and checked the hallway to see who were in their offices. The President’s secretary of our company was running out of his office into hers. I gestured for her to come to me. She hesitated for a bit and I told her we needed to get out of the building. She grabbed me around the waist and cried, “My Bible, my children. Everything is in my office.” “We need to leave, NOW!” I said firmly.
Many of us ran down a stairwell. Each floor was bottle-necked with people. I repeated Psalms 91 and 23, and the Lord’s Prayer to myself from memory. Some of my colleagues continued going down while others remained on their floors because there was a repeated overhead message that said, “Please return to your office, we have everything under control”. I learned after that it was an automated response in case of an emergency. Unfortunately, many people remained in their work space as a result or went to the roof hoping for a rooftop evacuation.

As we made that left turn around the bend from the 86th to 85th floor, the second plane was making its entrance into Tower II. Sheetrock from the walls exploded in our faces through the open doorway.

Can you imagine the sound of steel cutting steel? I’m sure you’ve heard something like it. Imagine thousands of elephants crying out all at once and the thunderous feeling of them running through a building—that was the sound and the feeling of the tower as the plane entered and exited. Heat and smoke filled the space.

Finally, we reached the ground floor. We stopped for a brief moment and looked up at the huge cauliflower fireballs and clouds of smoke while shouting, “Get out of the area. The building is going to drop.” We then took off, prayed briefly at the nearby cemetery and ran up Broadway. I stopped a school bus and asked the driver to give us a ride out of the area. After what seemed like an eternity, fleeing that horrific scene and trying to find a phone that worked, I was finally able to speak to my brother. He came to pick me up from my co-worker’s, Luisa, house on Long Island. During the drive home, I finally felt safe and began crying uncontrollably.

After 9/11 my life was filled with appointments. I saw a psychologist twice a week and was diagnosed with PTSD (Post Traumatic Stress Disorder). I went to the gym daily. I received acupuncturist  treatment daily for panic and anxiety attacks, pain in my legs, feet and internal bleeding that left me having surgery a few months later. I was also treated for headaches, dizziness, abdominal problems and a shift of my reality. I had to change my eating habits, what and how I ate. I experienced panic and anxiety attacks several times, every day. They were triggered by nightmares, certain sounds, touch, the familiar or unfamiliar and the telephone ringing.

In March, 2003, I moved to California after my father’s death. I wanted to be in a place where I didn’t know anyone. My purpose was to hide for the rest of my life.

However, this was not God’s purpose for me. His word says, “For I know the plans I have for you,” declares the Lord, “plans to prosper you and not to harm you, plans to give you a HOPE and a FUTURE” (Jeremiah 29:11). Verse 13 goes on to say that “you will seek me and find me when you seek me with your whole heart.” I felt that if I did that, He would reveal to me what I needed to do going forward.

On May 23, 2003, I began the process of purchasing a car. That evening my mom’s friend, Hulette, whom I later learned was a family member, called to ask if I wanted to go to church with her. I simply asked, “Where is it?”

During the altar call, my whole body literally shook. I felt I had come home to a place I had never known and the tears began to pour out of my eyes. I knew I needed to get involved immediately. I wanted to serve the LORD. I began attending a Cell group and was baptized on July 6, 2003.

I went to church six days a week and immersed myself in Bible studies for new believers. I went to every Leadership class for Women and other leadership training. I signed up to do Decision Counselling for those who made a decision to accept the gift of salvation. I volunteered for every church event when I was available.

Not everyone has to do what I did, but I needed to be renewed and rebuilt. I had been shattered from the inside out, and it was devastating. Connecting with God on such a deeper level took me out of the insanity and has brought into a place of continuous healing and growth. I moved to Singapore in March, 2017. 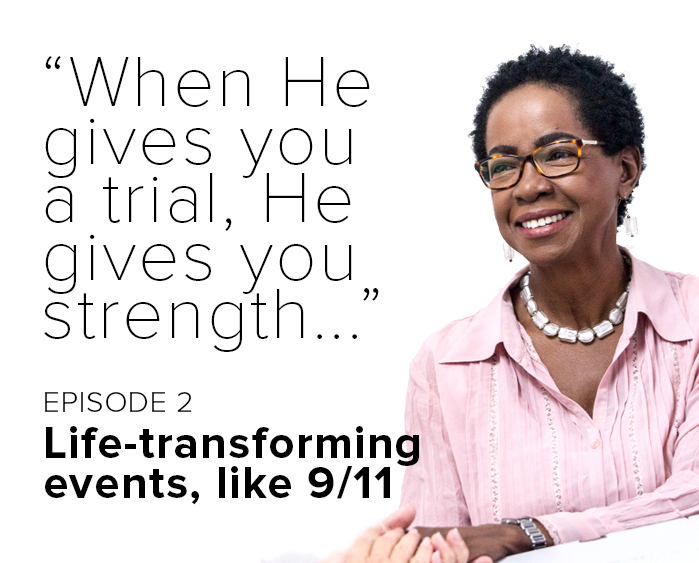 Listen to a raw and honest conversation with Judith about how life is a tapestry of pain, mystery and healing – wading through the debris of 9/11, life-threatening surgery and Post Traumatic Stress, in this in-depth interview on The Cathedral Podcast available here.

Judith Dawn Francis-Wertenbroch, is a survivor of the tragedy at the World Trade Center Building in New York on 11th September 2001. She is married to Klaus. They worship regularly at the 11.15 am Service at the Cathedral.