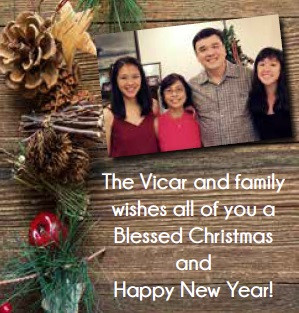 “For God so loved the world, that he gave his only begotten Son, that whosoever believeth in him should not perish, but have everlasting life.”
John 3:16, King James Version.

I walked a total distance of 9.82 miles and took 21,166 steps last week. And so I was told, informed by one of these gadgets which I am sure some of you have as well.

That is quite pathetic. Such is modern life, or at least the kind of rather sedentary life I am living now.

When I was a teenager, I could cover that distance in an hour for that would be the distance I will have to cover on foot or on a bicycle, as these were the affordable ways I could go to my first church in Petaling Jaya.

That’s right. I was overwhelmed by the gospel and the love of Christ at 13. That changed everything for me. I began to learn to love God (and thus the frequent walker miles) in response to His love for me.

For God so loved my world…and there wasn’t much in it to be loved, or at least, that was how I would think then of my rather ordinary life and unusual family and relatives. There wasn’t much in my world that deserved any notice, let alone divine love. But I was part of the “ that whosoever believeth.” I was a breathing homo-sapiens who had a will to act and believe. That was good enough.

I already had vague ideas of God then. Through my own brother Clement, who first converted, I learned that God sent His only begotten Son. That He had a face, a voice and a life I could relate to. A fellow homo sapiens who is also divine, His name is Jesus. Among some of the first hymns I learned (and loved since then) is “What a Friend we have in Jesus.” That friendship touched and changed every area of my life.

At that age, I wasn’t thinking very much about what “perish” meant. But I did wonder about “eternal life.” As I said, my life wasn’t much then and the thought of an everlasting load of it was not an attractive notion. At a Bible Study group, I learned that it is a reference not just to a life without end but life of a certain kind. It can be lived with purpose as one centres it on following Jesus and fulfilling His call. It is a kind of life that is not snuffed out by mortality as it has an eternal purpose.

I began to learn to love my Mum and surprised her on Mother’s Day with some penned affection. My school life was transformed as I saw my fellow students as people I can give to and not just get from. My studies took on a new purpose.

I have always felt lonely as a boy in a family that was busy trying to survive financially or busy gambling away (literally sometimes) whatever gains. In becoming a Christian, my personal
world was transformed.

I took the one step that mattered.

To choose to believe in Christ and follow Him. As you read this, you must be in one of our Christmas Services. You too can take your first step in response to God’s love for you through
His Son, Jesus Christ.

Among the thousands of steps you take for the week, and millions in life, this is the one step that will matter most.