A photo taken from the Cathedral Bell Tower in 1863. This photo is released in "Singapore Then and Now" by Ray Tyers, Landmark Books, 2018

Blessed is the nation whose God is the Lord, the people whom he has chosen as his heritage! Psalm 33:12

Reflection, remembrance and thanksgiving come together.

We will be reminded - again and again - to remember in 2019. Being the bi-centennial year, we will of course be remembering what Stamford Raffles and our colonial leaders have done for our city.

However, it is also valid to say that history is strewn with many unrecognised factors, movers and shakers. Old Singapore already existed before the British came to shore. Surrounded and protected by other lands and islands, it meant that she has a steady and growing existence, almost uninterrupted by natural disasters.

Situated on a busy sea route also meant the merchants from the surrounding region and world were calling to port constantly. With the advent of faster and better ships, the English and Europeans came a calling, transforming our maps forever.

Arabic and Indian merchants left their imprint with the increasing importance of the spice trade.

With the internal wars and rise of Communism in China, this meant that many sought a better life in this island. And highly capable and educated missionaries who could not enter China came to Singapore instead.

Our early political leaders had the foresight to seek for education in developed countries, most of which had values imbued from years of Christian civilisation.

It is a long list of many factors that have shaped Singapore today.

I am coming to my point.

When we say we are thankful, is that a passive reaction almost akin to saying “we are so lucky!”? Or are we thankful because we believe that people and nations have a destiny and that God has both created and called us as such?

In other words, whether reflecting over our personal lives or that of the nation, we are thankful to Someone. As the psalmist extols in Psalm 100:4: Give thanks to Him!

This will be the Christian attitude. While we make attributions to factors that have shaped our nation and our lives, we always recognise the Hand that has moved them. Theologically, we sometimes use this big word “sovereignty of God". Pick up the Bible and read and you will find that this truth underpins every book in her.

I should not forget to add that thanksgiving is also sometimes expressed to our fellow human beings. As St Paul will say in 1 Cor 1:4, "I give thanks to my God always for you…”

As the year ends, take some time to think about the Lord. Take some time to thank those around you. And as you step into the Bi-Centennial year, never forget to give thanks to the One who "causes nations to rise and fall (Job 12:23)."

2019 will be special in many ways for us in SAC. As you might know, we are preparing for the Celebration of Hope rallies from 17-19th May and this is going to change the shape of our year as a Cathedral community. We know COH is organised to bless our wider Body of Christ and our society. We can also ask, how can COH be a blessing to us here at SAC?

You may have heard of this phrase: "If you change nothing, nothing will change.” So, we are asking each of you to consider these:

That we participate in COH as small groups. This will be largely through our Connect groups but many of you can also band together through other ways. This is the way we are going to sign up to help with the logistics (ushers etc) for the Filipino-English rally on Sunday morning (10.30 am, 19th May). This is also how we will encourage each other to participate in the training on Friday evenings in January, culminating with the regional prayer at end January. We are going to encourage each other - via small groups - to pray, engage and gather (PEG) our friends and family members who do not know about the love of Christ. This means we have to plan differently for the first five months of the year. If you proceed BAU (business as usual) with your Connect Group plans, your group is going to miss out on this unique opportunity.

That we engage deeper in prayer. We will be hosting a monthly regional prayer gathering on the last Friday. Be there yourself and encourage your group to come along. Apart from that, we also have smaller prayer groups which meet each week to seek the Lord. Think of joining one of them. I cannot think of anything that can be as powerful as prayer that will keep us engaged with God's Kingdom work.

That we free up space in order to focus. I am asking that we go lighter on other activities during this period (Jan-May) that are not related to outreach or prayer. We cannot keep adding without subtracting. This is one way we can serve each other while ensuring we are not distracting ourselves or others from the urgency of the harvest. Some of these distractions may not be events but trivial issues or conflicts that can consume an inordinate amount of time and energy which have no useful or lasting purpose. There is this cliche which puts it very simply: “Don't sweat the small stuff."

That we be more intentional as we think about how we may plan our activities. For example, interest group activities are important. Activities like cooking demos, birthday parties, talks on money management and so on can be very relevant to our non-Christian friends. I have personally conducted some cooking demos for Cell groups (not from SAC) where many guests turned up. I will be most happy to serve our Connect Groups here and there are others in our food ministry who can do likewise. I am sure you can think of other activities. My point is, if you are not intentional with connecting with your friends, it will be a tall order to get them interested to go to the Stadium with you.

Remember, if you change nothing, nothing will change. Start now and make 2019 a special year for you, your group and the SAC community. Invest 2019 with eternal value. Live it without regret. Let Him be glorified in our lives.

Christmas and the year-end is a great season to reach out to our friends and family. We have a variety of events coming up this week where you can invite someone to.

As a boy, coming from a non-Christian home, my early exposure to the Christian faith was through carols. And believe it or not, a Christmas tree! I followed my mum to visit the home of a Christian family. I can still remember the curiosity in my heart when I was asked to pick a present from a pile underneath the tree. We should never underestimate how little things can convey the love and joy of the Christian faith to those who have very little exposure to it.

Our Lessons and Carols Service is a popular annual event, hosted by our very own choir. The Nave will be a beautiful setting as we celebrate this season with great music and readings. We are doing our best to ensure that there is enough room for everyone, including the use of South Transept. Those with children are encouraged to use the transept.

This year’s Christmas@Cathedral (Fri-Sat, 21st-22nd) is not as elaborate as previous years as we take a breather. That said, there is a great lineup of musical performances at both the Cafe and Nave. We also encourage you to support the Capitol Christmas events on Sun 23rd from noon onwards, which is hosted by churches in the vicinity. 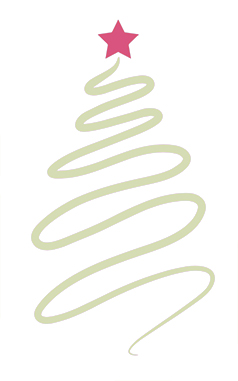 All the Services next weekend along with the Christmas Services will provide rich opportunities to invite someone. Take note of the details in our bulletin and posters. We are expecting a very full Christmas Midnight Eucharist service. This year, I believe we will be able to provide the best possible overflow experience at CNS with the latest connection and visual upgrades. It will be facilitated to encourage participation. We want to ensure that those sitting there will feel they are a part of the congregation in the Nave, worshipping the Lord together through the carol-singing and  the Ministry of the Word and Sacrament. If you can’t get seats in the Nave, bring your friends to CNS.

Our home is also a good place to celebrate the season and for those who are able, may it be a great way to stay in touch with our family and friends. And as I have shared, you will never know what the presents under the tree will mean for your guests. Little touches of love will go a long way.

The historic and strategic location of the Cathedral - along with her calling as a Church - has always invested her with a sense of vision and mission. Each generation seeks to refresh and continue these. The vision can be laid out in this way: 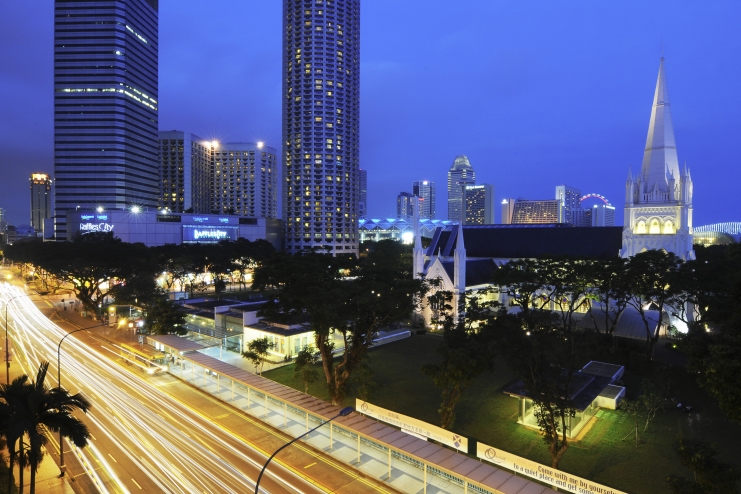 Beginning with the first Sunday of Advent on 2nd December till the Sunday before Christmas Day, our sermons will be focusing on the season of Advent. Advent is a season of expectation and preparation, as the Church prepares to celebrate the coming (adventus) of Christ in his incarnation, and also looks ahead to his final advent as judge at the end of time. The readings and liturgies not only direct us towards Christ’s birth, they also challenge the modern reluctance to confront the theme of divine judgment.

The anticipation of Christmas under commercial pressure has also made it harder to sustain the appropriate level of alert watchfulness, but the fundamental Advent prayer remains ‘Maranatha’ – ‘Our Lord, come’ (1 Corinthians 16.22).

Purple is the traditional liturgical colour. In the northern hemisphere, the Advent season falls at the darkest time of the year, and the natural symbols of darkness and light are powerfully at work throughout Advent and Christmas. The lighting of candles on an Advent wreath is a common practice and helps families or the church to count down towards Christmas.

The First Sunday of Advent also starts the new liturgical year. The liturgical calendar of the Anglican Church enables us as a worshipping community to remember, appreciate and celebrate the entire life of Jesus Christ each year. The gospel is the central focus of the Christian calendar. It encompasses six major seasons, namely, Advent, Christmas, Lent, Easter, Pentecost and Trinity. The period stretching from Advent to Easter follows the life of Christ, with Pentecost concluding the Easter season seven weeks later. Between Pentecost and the next Advent is a long period called “ordinary time.” This is the "time of the church", where the church is reminded of her calling in the world, fulfilling the mission of God until the next season of Advent and Christmas, which “functions as the proclamation of the Parousia.”

Here in our Cathedral and Diocese, as it happens in other places outside the UK, we have adapted or contextualised some of these practices. As always, our liturgical practices will evolve, shaped by our local needs and customs, while trying to maintain some continuity with the past and our wider Communion. 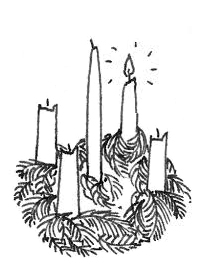 Some comments on the collect for the first Sunday of Advent (front page of bulletin). Thomas Cranmer employs the splendidly effective imagery of darkness and light, coupled with Christ’s glorious return at the end of our time. This collect draws on similar phrases in the epistle from Romans 13, and anticipates also the gospel from Matthew 21 that describes Jesus’ final entry into Jerusalem. This prayer encourages us to have a posture of both penitence and anticipation during this season.

Do keep a look out for the various events organised in the Cathedral and in our home groups (Connect Groups). There will be many opportunities to introduce someone to the message of Advent and Christmas.