Indeed, for everyone who count themselves as a part of the Cathedral community, we can say to each other:

“I thank my God for every remembrance of you.” (Philippians 1:3)

Thank You and thank you.

Why was Jesus Christ born into our world? A few reasons have been reflected on but there is one that few theologians will disagree with. 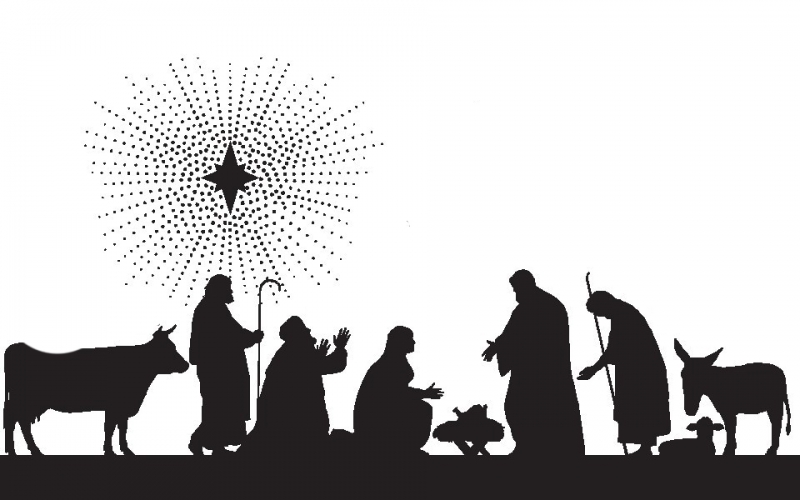 Christmas is the supreme revelation of God’s “philanthropy.” That is, of God’s love (philea) for man (anthropos). It is a love that is shown by active participation in the other. Immanuel, “God with us”, he entered into our embodied world.

The human condition of being a “slave” to our body is no trivial matter. In my years of ministry, I have witnessed the terrible struggles that take place between a person and their body – in illnesses, addictions, mental disorders, and sexual struggle. That body traps a person also in his or her family and social circle, whatever joys or ills that may bring. It is a wrenching attempt to hold on to life itself through a body whose very limitations seem to hold us in thrall.

Through the centuries, the sheer ubiquity of the struggle often led to desperate attempts at ridding ourselves of all bodily attachments. In Jesus’ time, there were various religions and philosophies that were devoted to this idea: stoicism, pythagoreanism, various kinds of gnosticism and so on. St. Paul referred to some of these. The point was not only to tame the body, but to develop a mind and attitude that could somehow decouple itself from the body and its realities – through ascetic discipline and contemplation and so on, so that a person could achieve “peace” and “calm” – ataraxia as some called it.

It is not so different today. Even though we like to think of ourselves as being in control of our bodies in some new way, our anxieties, our medical manias, our clothing and fashion obsessions still show us who is master. The sexual struggles and addiction to drugs of our present globalising culture are the epitome of this: where our body masters us, restless and leading us away from any stable vocation in the world. St. Paul still cries out, with continued resonance: “Wretched man that I am! Who will deliver me from this body of death?” (Romans 7:24).

Such is the love of God, that unlike other human philanthropists, He did not just give generously. He Himself entered our world of wretchedness. Looked at from one perspective, it was a tragic life. He was born into an unstable environment, that marked pretty much the rest of His life, even if the romantic idea of Christmas festival may conceal that. A perfect human being who loves, gives and sacrifices for others. Yet He was betrayed and abandoned by those He loved. He endured a violent and shameful death.

Why? Paraphrasing, John 3:16, because He loved us so much that He became like us that we may not perish in our bodily wretchedness but find real life, now and forevermore.
God had shared in our human condition and showed us the way to freedom through His Son.

I can still vividly remember standing in front of the small Christmas tree with blinking lights. My mum brought us along to visit a Catholic family during Christmas time. As we were about to leave the home, we were asked to pick up a present from a pile stacked up at the foot of the tree. It was all very strange and new. The first impression I had was that Christmas was about love, home and giving. 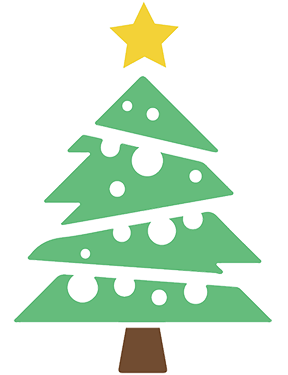 When I later became a Christian at 13, I was immediately plunged into the life and activities of the church. And yes, I simply love Christmas. Street and house carolling by candle lights was an in-thing then. We would move around in a bus and alight a slight distance and start singing as we walked slowly to the home that had invited us. We filled the neighbourhood with carols. And as far as I can remember, I have never missed a Christmas Eve Service. I can hardly remember those Christmas sermons. Somehow those carols were almost sermons in themselves and sung year after year, their appeal and message never diminished for me.

My experience of Christmas changed when I first came to Singapore for my studies. I was away from my home and all my closest friends from my home church. Standing alone one evening and hearing Bing Crosby croon “I’ll be home for Christmas” with blinking ferry lights synced to it, I realised that it is hard to celebrate Christmas without family and close friends.

This should not come as a surprise as the first Christmas was about a family of three. Jesus was not born to an unknown family and thereafter appeared to the world as a hermit. He came to them as a child and a son - with a family in tow - before they knew Him as the Son. Christmas was about family. And still is.

As a foreigner, again it was another church, an Anglican one who became a home and family for me. Yes, I have many warm and wonderful memories of Christmas in SJSM during the late 80’s. By then, street carolling was less in vogue. There were Christmas musicals and performances on Orchard Road and in shopping centres.

One should never underestimate the power of culture, especially one that is carried in carols, images of the manger and that of a baby held in the arms of his mother. Many in the world can connect well with these. Love, home and giving - how could anyone disagree with that?

This is why the Cathedral does her best every year during Christmas time to open up to the city through our Christmas@Cathedral (C@C) activities. Note some highlights:

We had a resounding start to the Season Of Advent with two packed concerts last Weekend. On Friday evening (1st Dec), we had the choir from St George’s Church, led by Joanna Paul, the Music Director of the same parish. They were joined by The Ministry of Bellz and the delightful Christus Cantores Choir, formed with children from various churches. The New Sanctuary was packed and it was indeed a music extravaganza. This concert was done in aid of SAC Medical Mission

On the first Sunday of Advent evening, Sir Dr Peter Low and the Cathedral Choir of the Church of the Risen Christ gave us a spiritual and inspiring start to the season of Advent. From sacred favourites to carols from round the world, in song, music and dance, we were invited to come and adore Christ the Lord. It was delightful working with them and they brought along a sense of excellence, imbued with simplicity, charm and spiritual passion.

It is a good sign that local churches today are able to give birth to some very good and mature choirs, enriching our worship through music. And they come with some Asian influences too. Indeed the seasons of Advent, Christmas, Lent and Easter are good seasons to celebrate Christian arts. May the Church continue to contribute excellently to our society in this area. When the music is done well, people will take note of the message. One can say that good music is in itself spiritual, beauty leading us to Beauty, drawing our being’s attention to the Creator.

Our very own Cathedral Choir is also excellent in many ways, led by our very able and often modest director, Lim Chin Kai. We can look forward to a very rich evening of Lessons and Carols on the 16th of Dec (Saturday), where the Christmas story is retold. And please start to invite a friend!

Christmas is also one of those rare moments where the world actually sings with us. Our grounds interface with the city almost seamlessly and our side walk (outside the Cathedral) is shared with the city, symbolising our place and call to be a City Church. It is a precious opportunity to reach out, be friendly and welcoming. By participating in the Christmas@Cathedral is one way of blessing the city. May we “let our Light shine.”

(Download the SAC App with the daily lectionary here)

This Sunday, being the first Sunday of Advent, marks the new Christian year which will end on 1st Dec 2018.

One of the first acts of God after delivering the Israelites out of Egypt was to speak to them about the importance of certain days and certain months (Ex 12:1-20). If the establishment of a calendar is crucial to the formation of the ancient covenant people of God, it is similarly critical for the spiritual health of the Church in today’s modern society.

God’s new covenant people need to experience and express the transforming power of our faith in radical opposition to the slavish culture and principles of the world. One way is to celebrate the Triune God’s act of salvation, anchored in the three main feasts of Epiphany, Pascha (Easter) and Pentecost. By observing the liturgical year the church rehearses and actualises the gospel narrative. This ensures that every part of the gospel is enacted and that a complete set of themes for Christian living is offered, such as: 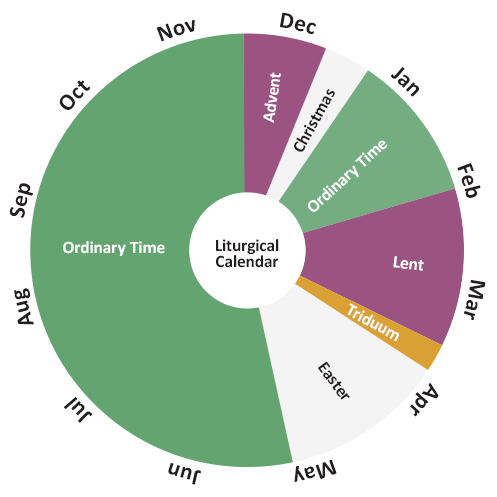 The spirituality of the church is also enhanced through the awareness of her pilgrimage brought to life observing the liturgical year. It provides a framework in which the weekly liturgy is given its distinctive shape and meaning while the Daily Office (accessible from SAC App) reinforces and prepares for the Sunday liturgy. Each Sunday is shaped by the particular time of the church year in the lectionary, so that the church is made aware of her ongoing journey.

The church that is distinguished by certain “marks” or “core practices” reminds us that these practices are not our own invention but are the Spirit’s concrete works. It is the Spirit who makes these distinctive practices possible – practices that form the church. The Holy Spirit directs the church in her growth both through her established traditions and new ways of worship.

Contrary to popular understanding, the church should not be conceived as another entity within the larger creation but as prior to creation. The church precedes creation in that it is what God has in view from all eternity. Creation is the means by which God fulfils his eternal purpose in time. Scripture itself testifies to the logical priority of the church over creation by referring to the church as the chosen in Christ before the creation of the world (Eph 1:4), or to Christ who was slain before the foundation of the world (Rev 13:8). The Church is more than an instrument in God’s hand; she is the fulfilment of God’s creation. The Church Calendar can stand at the heart of how we see time.

Without anchoring herself within her living and continuing tradition, the modern church will have no long-term collective memory, nor will she be able to pass down an auditory and visual tradition to future generations. By separating the sacred and secular and confining the church to just a Sunday experience or Sunday school, the “Church militant” becomes subjugated to Creation, and we deprive our children of a deep resource which they could reach out to in their adulthood.

Note: I wrote this article with resources drawn from some of my Anglicanism students