The resurrection of Jesus Christ of Nazareth is the foundation on which Christianity is built. Without the resurrection, there would have been no Christianity, and the most dynamic movement in history would not have been. Someone who wanted to start a new religion thought he could get some advice from a Pastor. “Tell me, what was Jesus’ secret?” The pastor replied, “I should recommend that you first get yourself crucified and then die, but be sure to rise again the third day.”

Easter is the dawn of a new hope in our pilgrimage through a present world that is passing. We know what is coming and therefore, could live in the present with an Easter-filled hope, purpose and confidence. That is why Good Friday can only be called ‘good’ because of what has happened in the first Easter. If Good Friday is about the pain and suffering in the present creation which is passing away, the first Easter was about sparkling a hope for the new creation.

We warmly welcome guests to our special Easter Celebration Services this weekend, especially those who are coming to witness the baptism at our Saturday Service. I recall my own baptism at the tender age of 13. As I look back, that has brought so many blessings to me, my siblings and parents. It is my prayer that for these individuals, this step into the Christian faith will also signal a change for the better in their lives and their loved ones.

As for guest speakers, we welcome Pastor Don Wong, who heads up New Charis Mission to our Services at 8 am, 11.15 am and 5 pm. It is a ministry of second chance, offered in grace to those who have made grave mistakes with their lives. It is indeed suited to the Easter message of new life. Tony Low will also be sharing his personal story of healing and encounter with the Risen Lord at the 5 pm Saturday Service and Myanmar Service (Sunday 2.00 pm). Our Dean and Bishop is also speaking at the Dawn and 9 am Services.

Here in the Cathedral, we also run The Alpha Course which gives everyone an opportunity to explore the Christian faith. We warmly recommend this course to you and the next one will start in June. If you are interested, email alpha@cathedral.org.sg for more information.

We also have many Connect groups where you can connect with other friends in the Cathedral. Do contact us (connect@cathedral.org.sg) if you would like to visit one of these groups.

May this Easter be a life-changing experience for you.

By Terry Wong
This is a video commercial. Imagine a piano going softly. Imagine the visuals as the narrator speaks:

I have been a part of four Church communities in my 30 years of being a Christian: Glad Tidings Assembly in Petaling Jaya, Malaysia, St John’s - St Margaret’s Church (SJSM), St James’ Church and now, St Andrew’s Cathedral.

As you can see, each move was caused by factors outside my control.

I only had the option to choose when I first came to Singapore  in 1984. As a first year Uni student, I was a “church hopper.” Typically, we visited the “mega churches.” They often come with very good music, comfortable seats and inspiring speakers. In fact, some of the seats were so comfortable that they caused a certain measure of disattention.

One day, a fellow student suggested that we visit a small nearby Anglican Church called SJSM. She was a little church on top of a hill. I can still remember that Sunday morning. It was a small congregation of less than a hundred. The worship started and the music band was, well, far from polished. The pastor dramatically jogged in a track suit before he preached a sermon about running the race. We thought we were in a Sunday School class.

You can guess what was going on in our minds - we are not returning.

After the Service was over – unlike the other huge churches – you get to not just shake the pastor’s hands, but have a little chat with him as well. When they found out that I was an experienced guitarist, they asked me to return next Sunday and play in the worship band. This is unthinkable in any church today. But it got us to return.

And so we stayed, at least for a while, we thought then. The sermons were still strange, including seed throwing as the preacher continued to ensure his sermon was a “4D” experience. We were longing for better spiritual food. Sometimes we went to another church in the afternoon for a more complete meal.

What finally “sealed the deal” for us was how this pastor would visit us during our exam time. He would come right into our rooms and on one occasion, knelt next to us and laid his hands to pray for us one by one.

Over time, SJSM was slowly becoming a community for us. We felt loved, welcomed and needed. There was room for us to serve and give.

We stayed. I stayed. I always wonder what I would be or doing today if not for my sinking of roots in SJSM. Eventually, she became the loci for my family, friends, ministry and career.

I am a great believer in the local church as a community. I don’t go to church. I belong to one. It is more than a sermon. More than a worship service. It is about being a part of the Lord’s people somewhere. I don’t run away when she goes through difficult times. Not even when the pastor turns up in a track suit.

Is the Cathedral family your home? If you sense you are called to her, then sink your roots here.

By Terry Wong
We are in the process of changing the term Cell groups to Connect groups. What are the reasons?

“Cell” is a biological term which was first popularised in the 70’s to describe the basic unit for church life and how it is to multiply and grow. It is indeed a useful term and in Singapore, it has become ubiquitous as a general reference to small group ministry in the Church. Today, it is not enough to ask which church a person comes from. If he or she says he or she belongs to a Cell, it tells you something about the person’s commitment to that church.

Over the years, while some form of small group ministry is now expected of almost any local church here, many are using different names for it. There are a few reasons for this, but the concept of a Cell Church generally works better in a local church that is homogenous and where the authority is more hierarchical with a stronger top-down pastoral leadership. The fact is that Singapore has, over time, become even more heterogeneous in nature. Many churches here struggle with a one-size-fits-all type of Cell group ministry. Seniors find it difficult to travel and visit another home in the evening. In a five-day work week culture, young adults find it difficult to meet regularly for a mid-week meeting. It will be true to say that Cathedral had a checkered experience in these last thirty or so years when it comes to our Cell ministry.

In a new season, we have sensed the need to have a fresh approach to our small group ministry. We want to develop a small group ministry which is uniquely Cathedral’s, without the pressure of conforming to the usual Cell Church practices. In renaming, we are freeing ourselves to explore and evolve a model which will work better for our setting. We need to allow for greater diversity so that the Connect Group is a joy to be a part of. Some measure of discipline is of course needed but as we have all experienced, our lives are often enriched by the spiritual friendships and service opportunities through small groups.

There are already many on-going conversations about how our Connect Groups can look like. One thing is certain, call it what you may, we can’t do without a vibrant small group ministry. For the Church to remain small, personal and caring, where every member experiences a meaningful community, Connect Groups are necessary.

If you are not in a group yet, I urge you to be Connected. For enquiries, please contact Pas Lian Swan at lianswan@cathedral.org.sg

Imagine a place in the Cathedral…

Where anyone can walk in.
At almost anytime of the week.

You don’t need prior permission.
You don’t need a “good enough” reason to be there.
You can be there alone. Or with friends.
You do not know the host? It is okay. Enter.

Not a Christian?
You are welcome.

No questions asked.
You can be completely relaxed.
Or focused on your work.

And yet, it is neither your home nor office.

You can pray.
You can talk.
You can laugh.
You can discuss.
You can read.
You can nap.
You can write.

In fact famous writers have all worked out of this place.

just to name a few.
And unknown ones as well, yours truly.

Not home. Not office.

But a “third place” in the Cathedral.

Imagine ..if we have a Cafe. 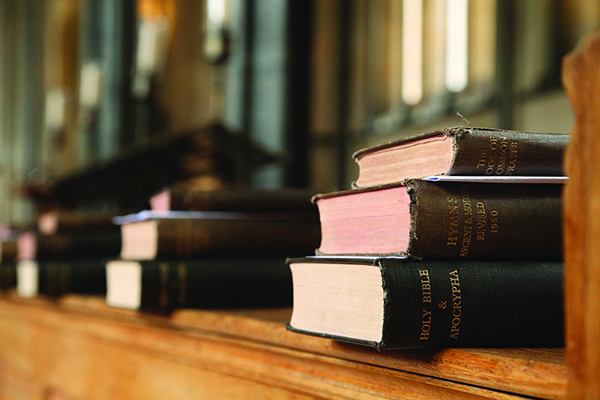 Where Do Our Hymns Come From?

Ever wondered where our hymns came from? Derek Trueman traces their origins back to the ancient world of Pharoahs and 7th century BC Greeks, and how praise and worship have evolved in the modern age with the introduction of the Internet. 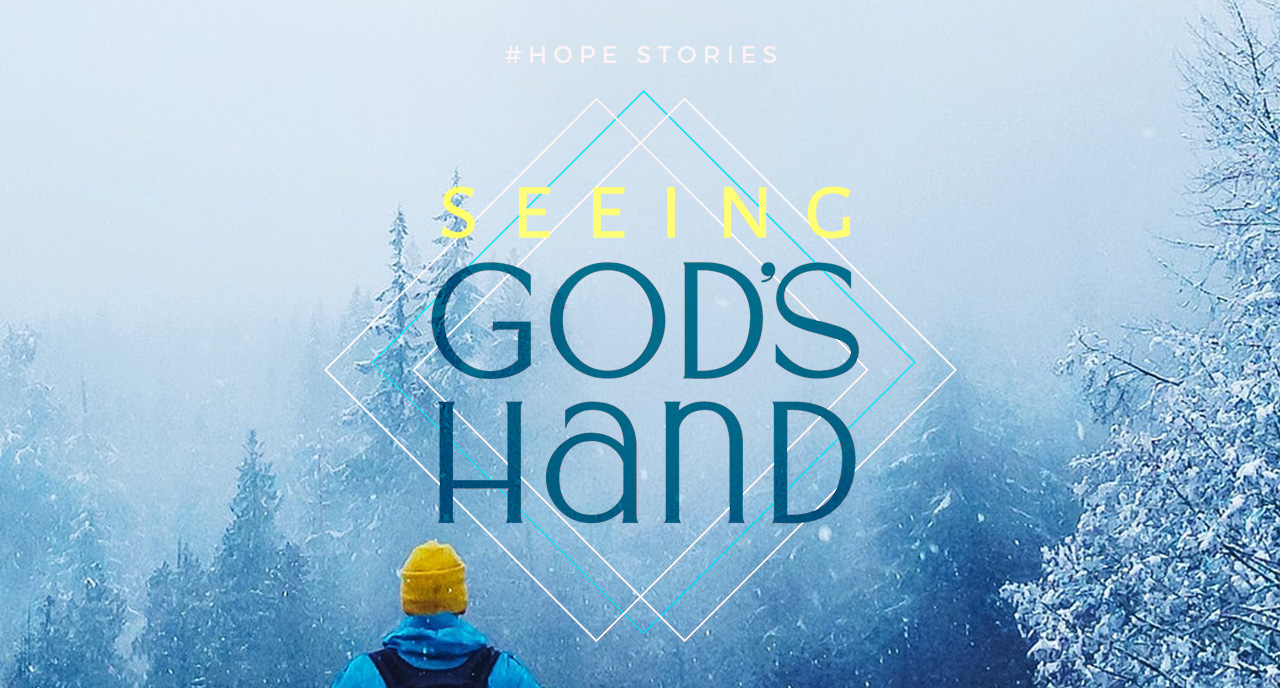 From adverse weather, cancelled flights, expiring tourist visas and unusable credit cards, a family of 7 found the odds stacked against them, stranded in an airport in China. Judy Yeoh shares how the Lord sent a guiding light and a kind soul to help them in their time of need.